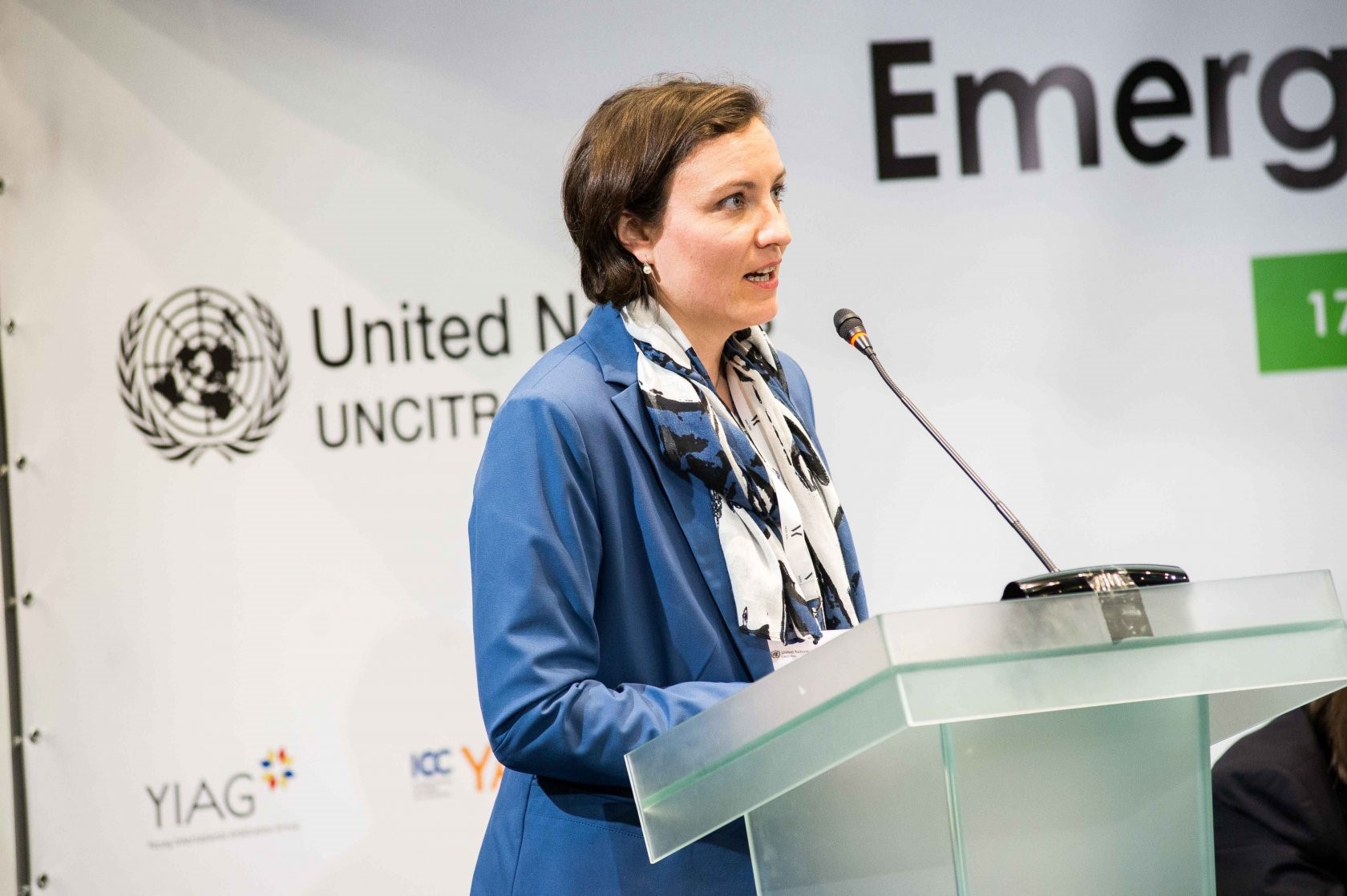 On 17 March 2017, KNOETZL partner Patrizia Netal spoke in Kyiv at the international conference on “International Arbitration: Emerging Changes” at the occasion of the 25th Anniversary of the International Commercial Arbitration Court at the Ukrainian Chamber of Commerce and Industry. The conference that was kicked off by a welcome address of the Ukrainian Minister of Justice gathered 200 participants.  The conference topics focused on current practices in international commercial and investment arbitration, examined various challenges and further explored changes and trends. Patrizia and her distinguished panel members Carita Wallgren-Lindholm, Juliet Blanch and Irina Tymczyszyn focused their talks on Representation and Appointments in International Arbitration with a view toward gender and cultural diversity, all against the backdrop of what is often referred to as internationally accepted best practice.

In light of the question of the impact the Willem C Vis International Commercial Arbitration Moot, which is now in its 24th year and practically trained thousands of law students in arbitration over the years, has had on the creation of a new and globally accepted standard of arbitration practice, Patrizia gave an interesting overview of how, inter alia, team and arbitrator participation per region had developed over the past 10 years in the Moot. Patrizia, who is also a Director of the Willem C Vis Moot, highlighted the importance of the program in practice and influence, as it cultivates a more diverse and representative arbitration community of skilled lawyers around the world. She noted, with resolve to keep the program as cutting edge and influential as it is, however, that the Moot still needs more female role models to serve as arbitrators to even better guide the next generations of arbitration practitioners. In April 2017, the Moot will bring 342 teams from 76 countries, more than 2,000 registered students and 1,200 registered arbitrators together at one place in Vienna — with only a third of the participating arbitrators acting at the Moot being women.  A majority of these women acting as arbitrators at the Moot are representing  the younger generation of skilled practitioners. Thus, the future will definitely bring further changes to the practice when it comes to gender and cultural diversity.