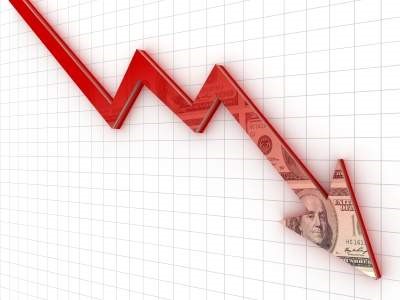 Director’s liability is a recurring issue in both the Austrian and German courts. One reason is that, when a company goes into bankruptcy, its receivers and creditors tend to look for alternative sources of funds, especially when the directors are covered by D&O Insurance.

In this Austrian case, a buyer of equipment from a company that later became bankrupt turned to the company’s director with claims based on civil fraud and tortious liability. Despite his criminal conviction for having (subsequently) published incorrect financial information, the director was not held liable to the buyer.

The claimant had bought wall drying equipment from a company with limited liability (GmbH) in February 2010. The seller later became bankrupt.

The buyer sought damages from the managing director of the GmbH personally, alleging that he would not have purchased the equipment had he known of the correct state of the seller’s finances, and further arguing that the equipment was not fit for the advertised purpose. The director had misled him on both counts.

One such circumstance is if the director culpably violates so-called “protective laws”, i.e. laws that were designed to specifically protect creditors. The relevant “protective laws” examined by the courts in this case were criminal laws that require directors to duly initiate insolvency proceedings and to publish accurate information on the company’s financial situation.

In this case, the manager of the seller was convicted in a criminal action for wilfully publishing incorrect company accounts (annual accounts 2009/2010), which had been submitted for publication in November 2010.

In the same month, November 2010, the seller had lost an appellate court case in last instance, leading to payment claims of EUR 95,000. The company was unable to pay this amount. The court determined that, based on this judgment, the company’s management became aware that the company was insolvent in November 2010.

The courts ruled that neither the criminal conviction nor knowledge of the insolvency in November 2010 were sufficient to hold the director liable. The buyer had bought the equipment in February 2010, at which time the financial situation was known to be precarious, but the company was not yet insolvent.

Consequently, the director could not be held directly liable to creditors of the company based on violation of these protective laws.

Creditors can further base direct claims against a director directly on civil fraud. If the director, with intent to deceive, had given incorrect information to the buyer as to the company’s financial situation and the buyer based his decision to purchase on this information, the director could, in such circumstances, be held personally liable for damages. However, it seems that in this case such wilful deceit could not be proven.

The courts also examined whether the director had purposely deceived the buyer as to the suitability of the equipment for the buyer’s needs. In August 2009 a first instance judgment had been issued against the seller, according to which the equipment was not suited for the claimant’s requirements. However, civil fraud requires causal deception with intent; neither the establishment of simple nor gross negligence is  sufficient. The courts in this case, found that the mere fact that the director should have known that the equipment was  unsuited was not a sufficient basis for applying direct, personal, liability.

If an agent has substantial and direct economic interest in a contract into which a principal enters, or if the agent to an exceptional extent caused the counterparty to place their trust in that agent, personally, the agent can become liable for that party’s damages claims for all levels of culpability.

The fact alone that all managing directors of companies have a substantial economic interest in the company they are managing is not a sufficient basis for such claims.  The Supreme Court emphasized that it remains important to clearly distinguish between the corporate entity itself and the company’s officers.

The Business Judgment Rule that was recently introduced into the Act on Companies with Limited Liability and the Stock Corporation Act is expected to give directors and courts clearer guidelines on when directors can be held directly liable to the company.

The case at hand deals with the director’s direct liability to company creditors, which is much more restrictive. In this judgment, the “corporate” senate of the Supreme Court illustrates the courts’ tendency to continue to examine the facts very stringently when establishing directors’ liability.

In order for a civil fraud claim to be viable, the claimant will need to prove not only knowledge of the provable  facts and the causality of damage through the deception, but also the intent to deceive. Such intent is notoriously difficult to prove when the burden of proof is on the claimant. Even though the director was here subsequently  convicted in criminal proceedings for (subsequently) publishing incorrect financial information, this, alone, was  insufficient to convince the court of the requisite levels of earlier deceitful actions.

For more information on director’s liability or corporate disputes, please contact Katrin Hanschitz or your customary KNOETZL relationship professional at our firm.