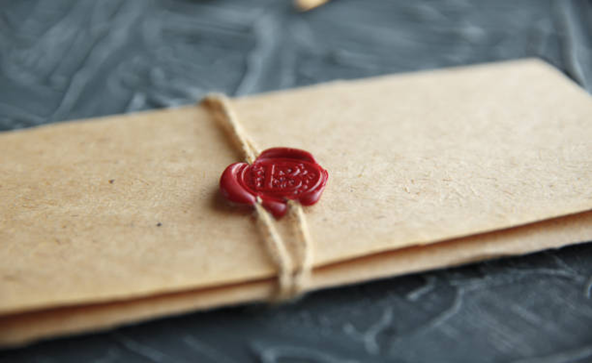 Trust is an essential ingredient for building and retaining business in almost all industries. Specifically: trust in employees and business partners. But what happens when those employees leave or partnerships break?  Trade secrets can easily find their way to competitors via former trusted employees and business partners.  Especially in smaller and/or highly specialized markets, it is inevitable that former employees subsequently show up at a competitor’s office.

Historically, Austrian legislators and courts have been hesitant to provide reliable protection, weighing the legitimate rights of the owners of trade secrets against competitive practices that can still be deemed “fair” and individuals’ right to work. Promoting and protecting innovation while at the same time ensuring sufficient market competition has always been a balancing act.

Amendment to the Unfair Competition Act

In recent years, businesses active in Austrian markets have experienced a rise in protection of trade secrets, in line with the EU Directive 2016/943 on the protection of undisclosed know-how and business information. In an amendment to the Unfair Competition Act in 2018 (the Amendment), specific provisions were enacted to promote protection of confidential information of commercial value, provided the owner takes necessary measures to preserve the information as confidential. The definition of trade secrets includes not only technological know-how and secret recipes, but also all forms of commercial data, including commercial terms, customer data bases, supplier lists, internal organizational measures etc.

In principle, the Amendment has clarified that the disclosure and/or exploitation of trade secrets by an employee (including managing directors) is unlawful if:

Third parties who knew or should have known that such trade secrets were obtained unlawfully by (former) employees or managing directors become similarly liable (Sec 26c of the Unfair Competition Act).

The new provisions sensibly include flanking procedural measures. Previously, businesses had often proved reluctant to litigate damages and injunctive claims or to request interim injunctions, fearing that court proceedings – which in Austria are, moreover, open to the general public – would necessitate even further disclosure of trade secrets. The new procedural rules give the courts discretion to set measures to protect trade secrets against disclosure to the opponent – often a competitor – and to the general public.

Now, in a recent decision (4 Ob 114/21z), the Austrian Supreme Court has drawn a clear line between the permissible use of (another’s) trade secrets and the unlawful exploitation of such trade secrets, which remains relevant despite the Amendment:

Accordingly, if employees are allowed to keep copies of (legitimately obtained) data at home – a practice that has become particularly common in times of remote working – employers will not be able to prevent such employees from subsequently accessing this information for the benefit of a subsequent employer, unless their employment contract contains clear confidentiality obligations.

If a competitor obtaining access to such trade secrets via (former) employees of a competitor is aware that the employee is breaching contractual duties of loyalty and confidentiality to his/her employer in an ongoing employment relationship or had intentionally copied or retained data during his/her ongoing employment for the benefit of that competitor, that competitor may, however, be liable inter alia for damages, delivery of profit and (interim) injunctive relief.

The Facts of the Case

The case at hand concerned the parallel market for mobile phones, i.e. where handsets are sold which the distributor does not wish to place directly into the market. Company V (the victim) employed 20-30 sales reps to contact potential buyers and supplies to line up deals. The list of potential supplies and buyers is critical, sensitive and highly confidential. Moreover, in order to prevent direct sales, buyers receive no information on the identity of the respective supplier.

One of Company V’s employees, E, was in charge of initiating deals with a long-standing client of the plaintiff, Client C.  E (indirectly, via 2 sales reps formerly employed by Company V) disclosed confidential information on these deals to the later Defendant D, so that D could close the deals with Client C, instead of with Company V. D knew that the information came from an employee of Company V. Company V claimed compensation (delivery of profits), in combination with a demand for D to render accounts on the profits made with the unfairly obtained information.

Interestingly, while the first instance court allowed the claim, the Court of Appeals dismissed the claim in second instance, primarily because D had not actively encouraged E to violate his contractual duties to Company V. It held that merely exploiting someone else’s violation of contractual duties without actively encouraging or promoting such violation is insufficient to justify the plaintiff’s claims. The Austrian Supreme Court disagreed: Because D knew that his competitor’s employee was passing trade secrets on – albeit through third parties – in clear violation of that employee’s contractual obligations and, moreover, during an upright employment agreement with the victim, such knowledge sufficed to meet the “unfairness” threshold.

For Employees: Take a close look at contractual confidentiality obligations when considering retaining and using – even legitimately obtained – confidential information from previous employers in order to avoid exposure. If what you are doing with confidential information during ongoing employment feels disloyal to a current employer or you feel a “transfer of allegiance” to your potential new employer/your new business, take particular care to ensure you are not crossing the line into unfair practices and, in case of doubt, check with your lawyer.