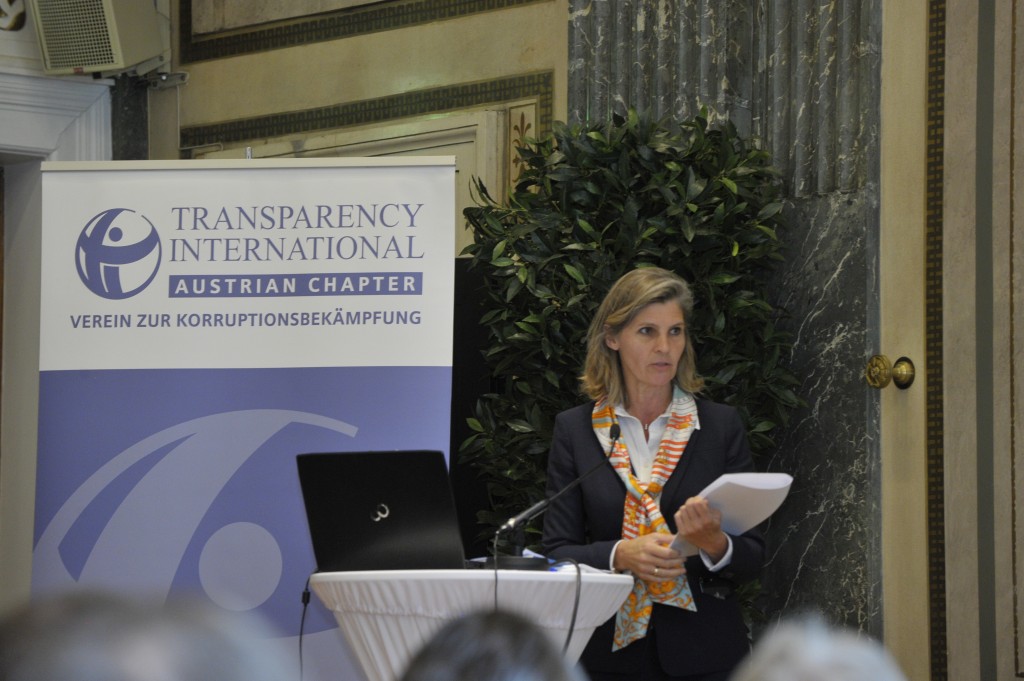 Bettina Knoetzl, White Collar Crime lawyer and partner at KNOETZL, addressed the absence of a clear and cogent Austrian anti-corruption program in her speech at the general assembly of Transparency International, through her role as President, Transparency International, Austrian Chapter: “It is astonishing that the whole program in the section “Justiz” (justice) of the new Austrian government does not even mention with one single word the topic of anti-corruption.” Despite the remarkable progress of the recent past years in the field of anti-corruption law, highlighted by an improvement of Austria’s ranking in the CPI – with an unfortunate, most recent pause –  at place  #16, there is still lots of room for improvement in the efforts to fight corruption and increase transparency in Austria. Whether through oversight or intent, the present absence of governmental effort to promote an environment of fair business competition presents, without doubt,  a significant danger to Austrian industry. Ms. Knoetzl noted that she will continue to expend her pro bono efforts on increasing transparency both within the business community and in governmental institutions. She called upon the members of Transparency International to speak up and assist in its efforts to fight corruption in Austria.