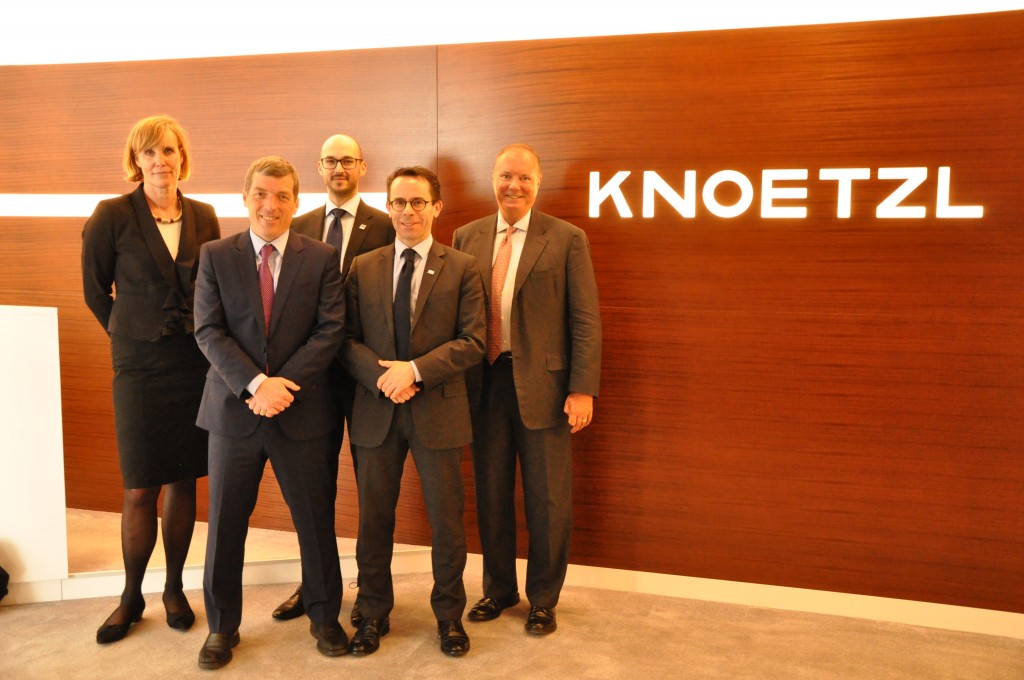 The newly-established Vienna Chapter of the International Section of the American Bar Association (ABA) set a high bar with its inaugural event, co-organized by the International Anti-Corruption Academy (IACA), which was held at KNOETZL: Prof Andy Spalding, Professor at the University of Richmond School of Law and Visiting Faculty at IACA spoke to a highly engaged audience of  regional, international business leaders, academics, lawyers, advisors and anti-corruption authority representatives on the topic “Out of reach of US and UK anti-corruption laws? Think again”.

After being introduced to the energized group of participants by KNOETZL’s Tim Pfister, who has been guiding international corporate and financial clients through the rocky shoals of the FCPA, CFIUS, OFAC and consequential investigations for many years, Prof Spalding led the discussion on the wide reach of the FCPA and touched upon the joinder-of-forces between the United States authorities in both the Justice Department and U.S. Treasury on one hand, and the SFA and the relevant authorities in connection with the UK Anti-Bribery Act and other countries’ counterparts (e.g. Brazil, Germany, France), on the other hand, as corruption and bribery investigations and proceedings are executed .

Of particular interest to the audience were the potential benefits (declinations and penalty reductions) and also the substantial risks attached to self-reporting, especially when the target company’s management is involved, and in cases of repeat offences or systemic bribery. The particular problems of multi-jurisdictional anti-bribery proceedings and what to expect from the UK Bribery Act were also discussed very interactively by all participants.

It was brought home to all that the FCPA will continue to be enforced with great force throughout the world and that no business that has any connection at all to the US will be able to avoid dealing with its effects. The participants were, of course, struck by the notion that a majority of the record-setting fines in this process have been applied against non-U.S. companies.  See KNOETZL Archives of News, “Investigations: Record Fines for Bribery and Corruption by FCPA are Setting New Standards in Compliance” January, 2017.